A X Chromosome Test is a DNA test, to be conducted between two sisters in order to establish a parental relationship. Are you sisters with different mothers who need to find out if they have the same father? If this is your case, the X chromosome test is the ideal DNA test for you. This test is based on the analysis of the X chromosome profile and uses 10 genetic markers.

How does an X chromosome test work?

As chromosome remains essentially unchanged from generation to generation, the study of their X chromosomes can verify whether two sisters are from the same biological father, even in the absence of their presumed father.

Who can participate in an X chromosome test?

In cases of alleged two half-sisters having two different mothers, the comparison of their two X chromosomes pairs suffice to determine if they share the same biological father. It is not necessary to have the DNA samples of their respective mothers. However, this does not allow one to confirm the identity of the alleged father. The identity of the father could be confirmed by analyzing the DNA of the paternal grandmother as well.

If both are presumed sisters from the same mother, it is essential that the mother participates in testing of the X chromosome. In this case, the laboratory will be able to isolate the maternal X chromosomes and focus its research on the second X chromosome, inherited from the father. If it is not possible to have the maternal sample or if you are not sure that the two sisters have different mothers, it is advised to do a fill sibling DNA test instead.

This test should not be performed if there is a chance that the biological father is a presumed father’s brother or cousin. Similarly if both mothers of two half-sisters are from the same family. In these particular cases, the test results of the X chromosome could be skewed because the X chromosomes of the alleged parents would be the same. In these cases i’s better to take a full sibling DNA test. 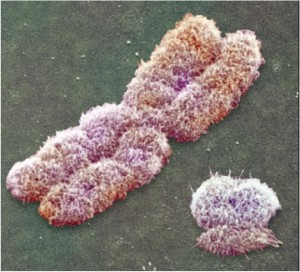 It usually takes 14 working days before getting the test results of the X chromosome (from the day of receipt of DNA samples at the laboratory).