An aunt or uncle DNA test is also called avuncular test and can conclude paternity, even when the alleged parent is not available for DNA sampling.

What can an aunt or uncle DNA test provide? 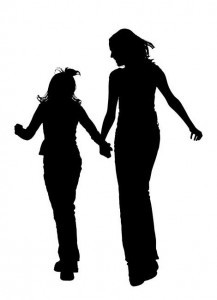 – Paternity test: This parentage DNA testing allows one or more children (boys or girls) to verify their biological paternity when the alleged father is unavailable to perform a classical DNA paternity test, but with an aunt or uncle instead. The child will know the probability that it has to be the biological niece or nephew with the brother or sister of his biological father.
– Maternity DNA Test: The avuncular DNA test also checks biological motherhood by comparing the child’s DNA with that of the brother or sister of the alleged mother. The avuncular test is most often used by children to ensure that they are derived from their alleged father, that’s why focus on this case in this article.

Sibling test: If two people wnat to verify if they are siblings or half-brothers and half-sisters, this test can alos be performed with a paternal aunt or uncle if the father is not available for testing.

It is recommended to get the mother’s participation to improve the results of the DNA test because the DNA test with an aunt or uncle is more complex than a simple DNA paternity test (father-chiled-mother).

The test works on the same principle as the full sibling test. The laboratory compares a large number of DNA sequences called loci STR (Short Tandem Repeats) and calculates the amount of common DNA in the test participants: brothers / sisters with their uncle or aunt.

The test can be performed in the absence of maternal samples. However, please be aware that the participation of mothers is particularly important in the case of half-brothers and half-sisters, since they share less genetic heritage. The results will be more accurate when the laboratory has maternal samples, it first isolate maternal contributions so that research can focus completely on the genes of the father’s side.

The accuracy of a DNA test with aunt or uncle can be further enhanced by the participation of other members of the paternal family: another child whose paternity is already known, or other members of the paternal family (paternal grandparents other siblings, uncles or other paternal aunts).
For an avuncular test between a boy and his uncle on the paternal side, we rather recommend the Y chromosome test that bring results with an accuracy of 100% for kinship exclusion. If the child doen’s carry the same Y chromosome profile as his paternal uncle, he can be certain that he is not from the same lineage as his biological uncle.

Because of the complexity of the process, the result of an avuncular DNA test are less convincing than a paternity test or a maternity test with participation of mother-father-child, or a test of the Y chromosome between male participants. The laboratory reconstructs the genetic profile of the missing father and then recalculates the probability that people are biologically related.

When the mother also agrees to participate in the test, and the test is carried out on 20-23 DNA regions and normally gives the following results:

The test will not always provide a conclusive answer, especially when the people tested are remote in bloodline. It is possible to increase the accuracy of the DNA test with the paternal uncle or aunt by involving other family members (mother, brothers or additional sisters, grandparents, other uncle / aunt). Make sure laboratory that will perform your test has the technical capacity to examine 20 to 23 DNA regions, otherwise it will be difficult to obtain kinship probabilities above 85-90% for case confirmation relationship.

The avuncular test results are usually available within 5 to 7 working days from receipt of samples by the laboratory.