A grandparents DNA test is a type of relationship test carried out between grandmother, grandfather and grandchild to confirm whether the grandparents tested are the biological grandparents of their grandchild.

What answers can a grandparents DNA test provide? 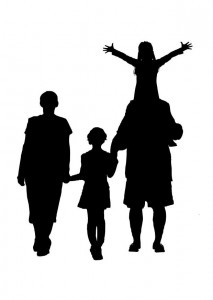 The accuracy of DNA testing paternal grandfather depends on the number of participants.

The classic paternity test with the participation of a father and his child is always better than a test with the paternal grandfather. However in cases where the father’s participation is not possible, a parental test using DNA analysis of the paternal grandfather is a more complex test (hence more expensive) that can reconstruct the genetic profile of the missing father then recalculate the probability that children are biologically related to him.

The result of the DNA test with the paternal grandfather is expressed as a probability of relatedness (percentage). The likelihood can not be known in advance because it depends on the rarity of each of the genetic material, the number of test participants and their degree of kinship. When the father’s mother participates in the test and the test is carried out on 20-23 DNA regions and generally gives a clear result:

To maximize the accuracy of the test, it is possible to obtain the participation of other family members, such as:

–  Another child of siblings whose paternity is already known.
–  The children’s mother: her involvement enhances the accuracy of the results and large laboratories generally treat maternal samples free of charge. In the case of half-siblings, mothers’ participation becomes crucial because the half-siblings share less genetic heritage.
–  Uncles or aunts (from the paternal side), their participation can increase the probability of kinship, in special cases, it is even possible to make a different kind of test.

The test works on the same principle as the full sibling DNA test. The laboratory compares a large number of DNA sequences called loci STR (Short Tandem Repeats) and calculates the amount of common DNA in the test participants: brothers / sisters with their paternal grandfather and paternal grandmother.
The test requires sending oral DNA samples to the laboratory of all participants and their consent forms.

Grand-parentage DNA test results and delivery:
The results of the DNA test with the grandparents are available within 7 days of receipt of samples by the laboratory. Some laboratories offer express processing of your analysis, in exchange for an extra charge, the period is then lowered to 4 or 5 days.