A mitochondrial DNA test (mtDNA test) determines the probability of the existence of a relationship on the maternal side.

Mitochondrial DNA has the distinction of being completely transmitted from mother to both sons and daughters. As the transmission is complete, all the children of this mother and her grandchildren will have the same mitochondrial DNA.

Mitochondrial DNA is more resistant to the wear of time and degradation. Mitochondria can be found in most eukaryotic cells of the human body. In our cells, there are thousands of copies of mitochondrial DNA while only one or two copies of nuclear DNA.
When analyzing unconventional samples like hair or nails, it is often impossible to recover enough nuclear DNA material to establish a complete profile. The analysis will focus on mitochondrial DNA.

Who can participate in a mitochondrial DNA test? 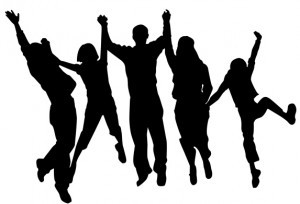 A full sibling test allows children to see if they are brothers or half-brothers, even after the disappearance of their parents. You can involve several children to verify the probability that they are born from the presumed mother.
When the mother can not take the test, it is possible to perform the test with the mitochondrial DNA from another member of the maternal family: maternal grandmother, uncle (mother’s brother), aunt (sister of the mother) or the children of that uncle or maternal aunts.

Please note that the mitochondrial DNA test should not be used if there is a possibility that the sister of the alleged mother is the biological mother or children tested. This DNA test would fail to differentiate between women of the same maternal line as mitochondrial DNA passed from grandmother to two sisters is identical.

The results of the maternity test take into account the scarcity of mitochondrial DNA types:
In the case of confirmation of a relationship, the frequency of mitotype will be calculated by comparison with mtDNA sequences from 1657 unrelated individuals from an international database. The majority of mtDNA sequences tested is not found in this database. In this case, the estimate of the frequency in the case of inclusion is less than 1/1657, or less than 0.06%.
Nevertheless, some mitochondrial DNA sequences are over-represented in the general population and their frequency can reach 2.8%. In this case, it is considered that this high frequency does not allow a reliable identification and only exclusion is possible.

The test result will be expressed in terms of probability of motherhood. The results depend largely on the mitochondrial DNA type. There are types of mitochondrial DNA rarer than others. The likelihood of a link between maternity brother and sister will be higher if they have a rare type of mitochondrial DNA as if they shared a common DNA type.
The definition of mitotype (type of mtDNA of the maternal line) concerns the determination of about 700 nucleotides. A sequencing technique is used and then the sequence is compared to a reference sequence. The analysis will highlight the mutation points and will say: a maternity excluded with certainty: when more than 3 points difference was observed on the 700 sequences examined (0,43%), or a maternity inclusion otherwise, with the result expressed as a probability, according to the scarcity of mitotype, generally around 99%.

The mtDNA test is a type of DNA test that requires the most time: you will have to wait 3-4 weeks from receipt of samples to the laboratory before receiving your results.

« Twins DNA Test
How to Choose a DNA Test »