Home » How to do a DNA Test » Why do a Paternity Test?

A DNA paternity test can prove the alleged biological relationship between a child and his biological father.

Who would need a paternity test?

There are a number of situations in which participants decide to order a DNA paternity test, maybe you recognize yourself in any of these situations:

– For reassurance about your own origin (paternity test or DNA grandparents test).
– To remove any doubt about the origin of a child during pregnancy (prenatal paternity test), or after the child’s birth (normal paternity test).
– A nephew and a niece could check their paternity by taking the test with a brother of their deceased father (uncle-nephew test / niece).
– To verify the identity of a child after a long separation, abduction or disappearance.
– If baby exchange is suspected.
– To confirm that there was no error during a medically assisted pregnancy (IVF, insemination).
– To remove any doubts before entering into a legal procedure for paternity, obtaining a right of custody, etc.
– In the case of sibling reunion after a long separation or adoption by two different families.
– To satisfy his curiosity on an uncanny resemblance to a close friend of the family.
– In the context of family disputes over inheritance issues.
– Proving family relationship can justify family reunification in immigration proceedings. 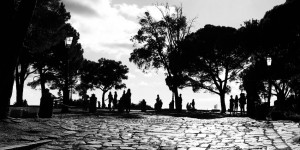 A DNA test can confirm with certainty the identity of a person in relation to another (example: the biological link between a child and alleged father).

The test can be performed in a large number of complex family situations, even after the disappearance of the father.

As the test verifies the biological relationship between two people, it will need at least two participating members of the paternal line. What DNA test to choose based on available participants and their biological connection?

In all cases where the test has a legal purpose (inheritance, establishment of biological parentage, immigration issues), legal DNA paternity test must be done because the results of the home test will not be admissible as evidence in court.

The legality and recognition of the results of a DNA test vary per country and region. Please verify this with you local authorities and the laboratory before you order a DNA test. Nobody is supposed to ignore the law that applies to its territory, the information provided by the laboratories is not always sufficiently clear on this point.

From a technical point of view, the results of the legal paternity test are the same as for the paternity test which the deductions are made at home, but the test does not take place in the same way:

Usually a judge of must first authorize the test, after considering the evidence and testimony provided by each of the parties, and will ensure that everyone has given his consent.
sample collection must be performed in an accredited center by a sworn officer who verifies the identity of everyone and guarantee the chain of custody of samples, so that no error is possible.